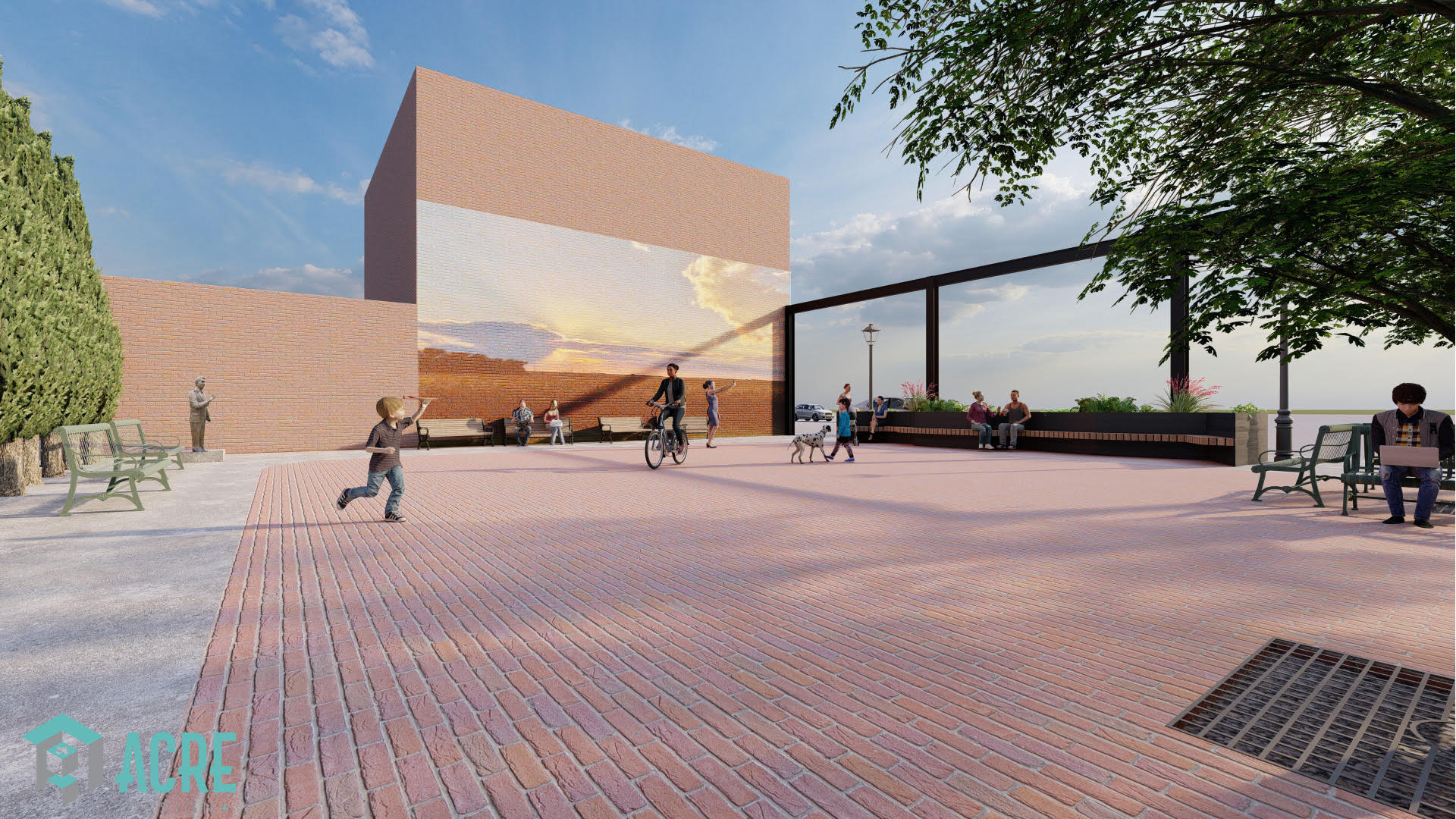 It’s tempting to sit back and let a city’s problems be solved by the powers that be. But, recently, citizens in Holdrege and Bertrand have banded together to improve the communities they live in and love. In Holdrege, citizens are planning a downtown sculpture garden. In Bertrand, an investment club is paving the way for new houses and residents.

A group of Holdrege residents has started the ball rolling on creating a sculpture park and public gathering place to enhance downtown Holdrege.

Like many projects, it started with one person’s idea, but it takes many minds working together to make it happen.

Local artist and longtime Holdrege resident Sherry McClymont had considered transforming the vacant building at 710 4th Ave. into an art gallery. But, on a recent drive around Bertrand, McClymont noticed a park in the middle of the downtown stores.

“It just made me think Bertrand loves itself and takes care of itself and is happy,” McClymont said.

She thought the idea made perfect sense for downtown Holdrege, and she knew the perfect location – the building she had been eyeing for an art gallery. The building has been vacant for years, and she later learned it is structurally unstable and could not be saved.

McClymont shared her idea with others, including her friends Dr. Stuart Embury (chairman of the Citizens for Bronze Art) and Vickie Klein. They shared her excitement. Since then, the pieces have been falling into place for the new Midtown Sculpture Garden.

“Dr. Embury loved the idea when it was just a thought, and I ran everything by him and listened to his suggestions,” McClymont said. “He and Vickie have been a part of every step of this project. On my own, I would not have had the confidence to keep moving forward.”

With a tip from another friend, Ted Titus, she made connections with the building’s out-of-town owner and purchased it. She connected with a structural engineer who crafted a plan for demolition, which is tricky and expensive because it shares a wall with the building next door. The Sampson Construction project manager who was recommended to her just happened to have experience with a similar project in McCook.

The Midtown Sculpture Garden will include an open concrete space with juniper and shade trees, benches, bronze sculptures and a mural of the wide-open skies of Nebraska. It will be a space that invites local residents and visitors to mingle and enjoy art and downtown Holdrege. McClymont envisions people enjoying live music in the space on beautiful summer or fall evenings.

They met with the Phelps County Community Foundation, whose board approved the project as a fiscal sponsorship. The foundation will accept donations and pay bills on behalf of the group during the construction phase. Once the project is complete, the City of Holdrege has agreed to take ownership of the space. An endowment will be provided to help with any maintenance costs, which should be low as no grass or plants (other than trees) will be part of the area.

The demolition could start as early this spring. The total price for the project is not yet known, but demolition alone will cost more than $250,000. The group will first focus on seeking grants to raise the funds and will also accept donations.

McClymont said it is rewarding to make improvements to the town that means so much to her.

“I think we have so much to offer, and we have all these young people who are the most amazing resource, and we need to man up and put on our big boys pants and let people know that we are happy to be here,” McClymont said. “If they see how much we care about our community, it helps us care about each other. Every time we sit back and don’t do something, we miss a great opportunity.”

A family’s recent move to Bertrand was almost thwarted due to a lack of housing.

“I think Bertrand has a lot to offer, and there’s a lot of people who would love to move to Bertrand and make Bertrand their home,” resident Scott Ford said. “But if people can’t move here because we don’t have housing, that’s a problem.”

Ford and several other Bertrand residents who believe in the future of their community decided to take action to create more housing in the community. After a spring 2022 housing meeting with South Central Economic Development District, residents launched a community investment club to generate funds for special projects.

“As a person who loves my hometown and wants to see it continue to thrive so we can keep our schools open and our businesses going, I wanted to do what I could,” Ford said. “Bertrand has a lot to offer, including a great golf course, a nursing home, a great school, and vibrant businesses on Main Street.”

Ford, along with Bev Hansen, Mandy Sand, Jason McNierney, TJ Wilcox, and Jason Brown started meeting and formed Bertrand Community Builders, LLC. The group conducted a kickoff meeting in September and had recruited 35 members by Dec. 1. They were hoping to reach 50 members.

Ford said anyone can be a member, and it’s not limited to Bertrand residents. The initial investment is $1,000. Each shareholder has one vote. Dues are $1,200 per year ($100 per month) to start. Funds given to the LLC are an investment, not a donation.

“We are not here to make big returns,” Ford said. “But, if you want to see our community take on issues that will continue to make our community better and make a modest profit, that’s what this is about.”

The group’s goal is to build up cash to avoid having to borrow money for projects. They have already purchased two properties, and one of those involves renovating a house on Knight Street that was recently vacated and needs repairs.

“When we get done, it will be a new house, and we will get it into the private sector to help another family move to Bertrand,” Ford said.

Bertrand Community Builders is continuing to work with SCEDD and is working with PCDC on applying for housing grants and low-interest loans to create more housing.

Ford said investment club funds could be used to buy property and to build new homes, apartments or townhomes. While housing is the first issue the group plans to address, it could expand to other community needs in the future.

Bertrand Community Builders will meet on January 17 for its annual meeting and election of directors. 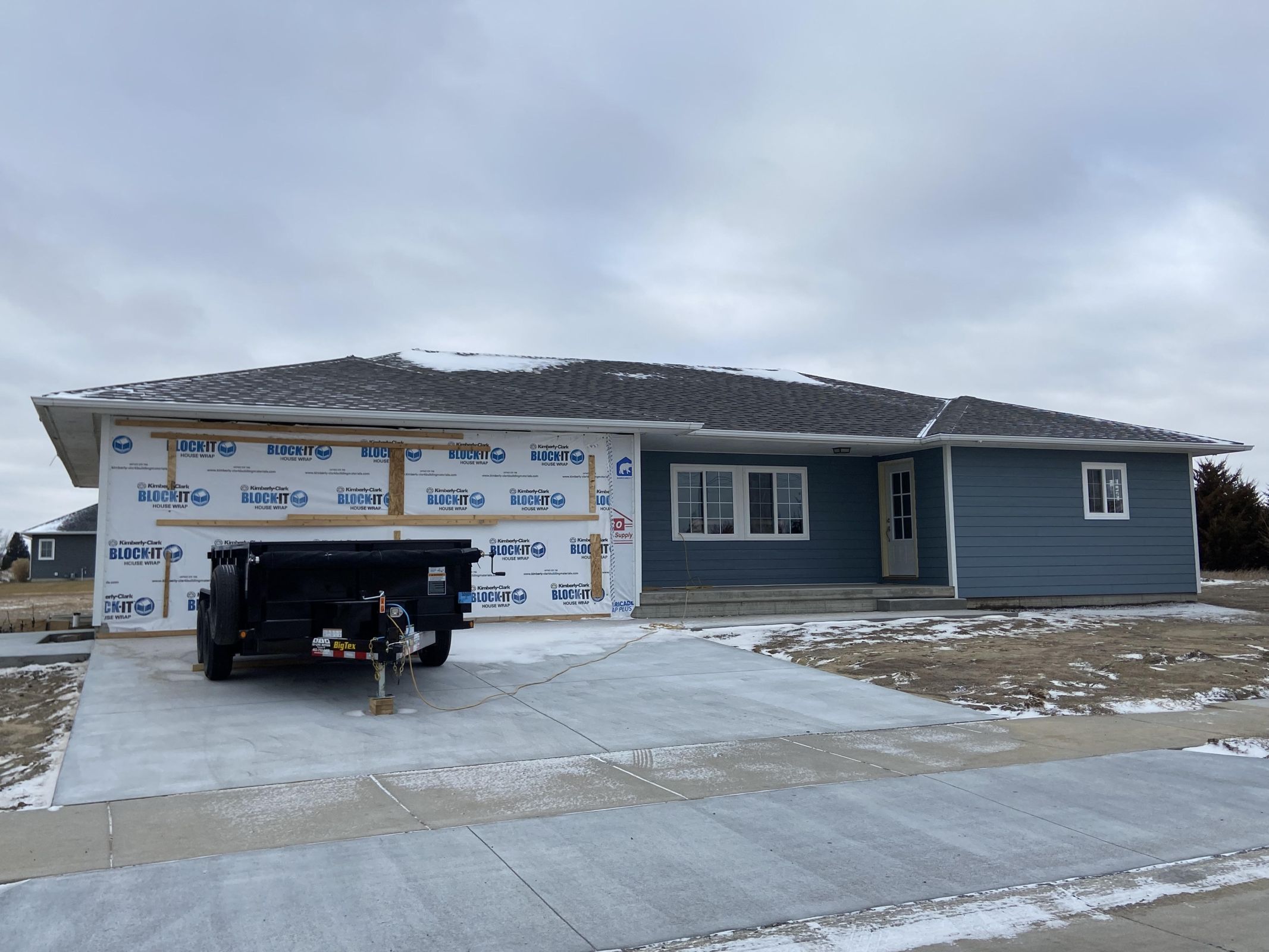 Dec 21 2022
When Chuck Mix first moved to Holdrege to lead operations at BD, he struggled to find a house in the tight market. Mix has since retired from manufacturing, and the local housing market is even tighter. In his retirement career, Mix is now working to create housing solutions in Phelps Count...Continue Reading 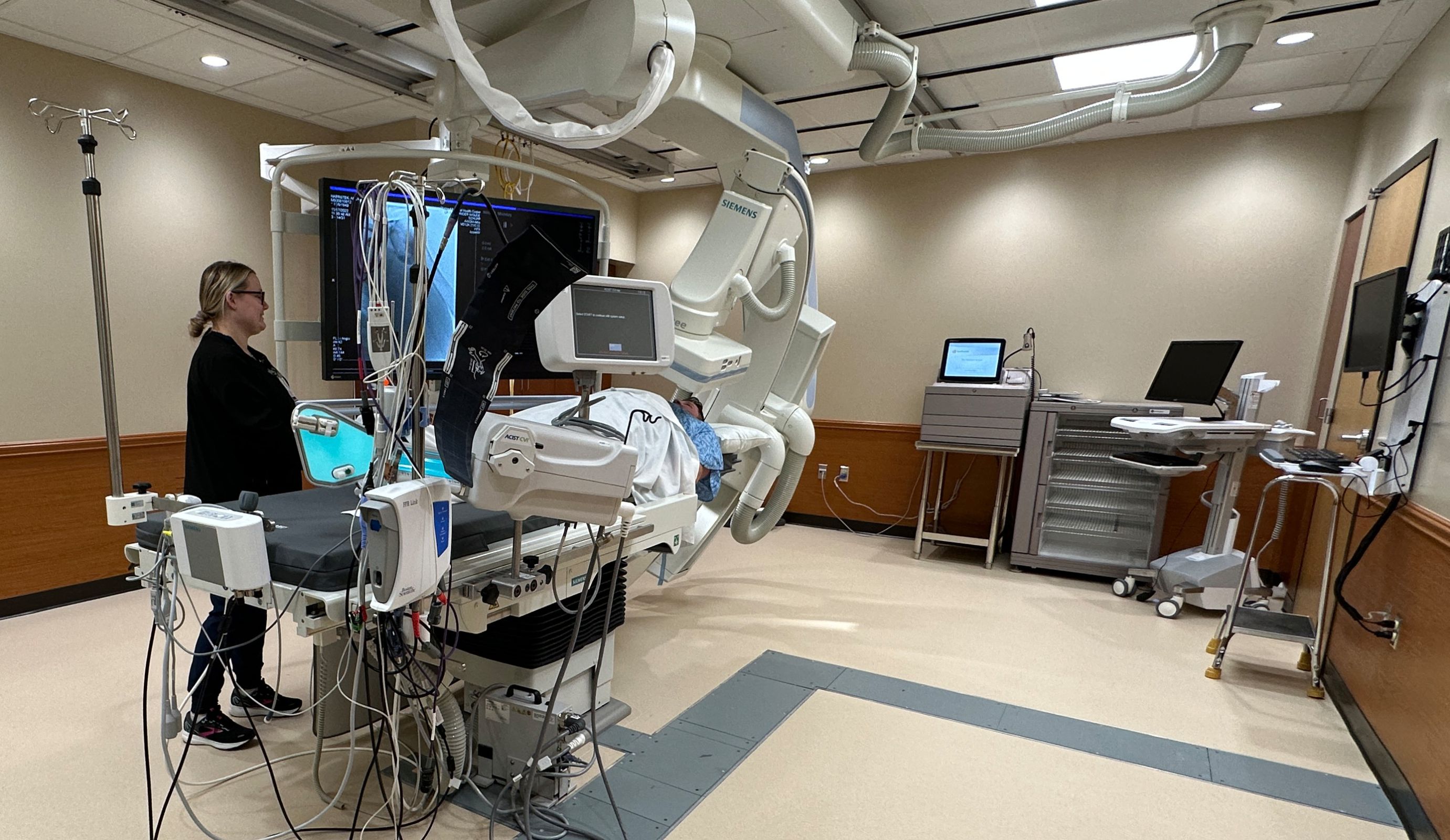 Dec 21 2022
When rural Wilcox resident Cindy Lindstrom needed medical care this summer, she was relieved that her hospital stay was at least close to home at Phelps Memorial Health Center. The team at PMHC treated her like she was in a “spa,” Lindstrom said. And, the food was incredible as well. Now tha...Continue Reading