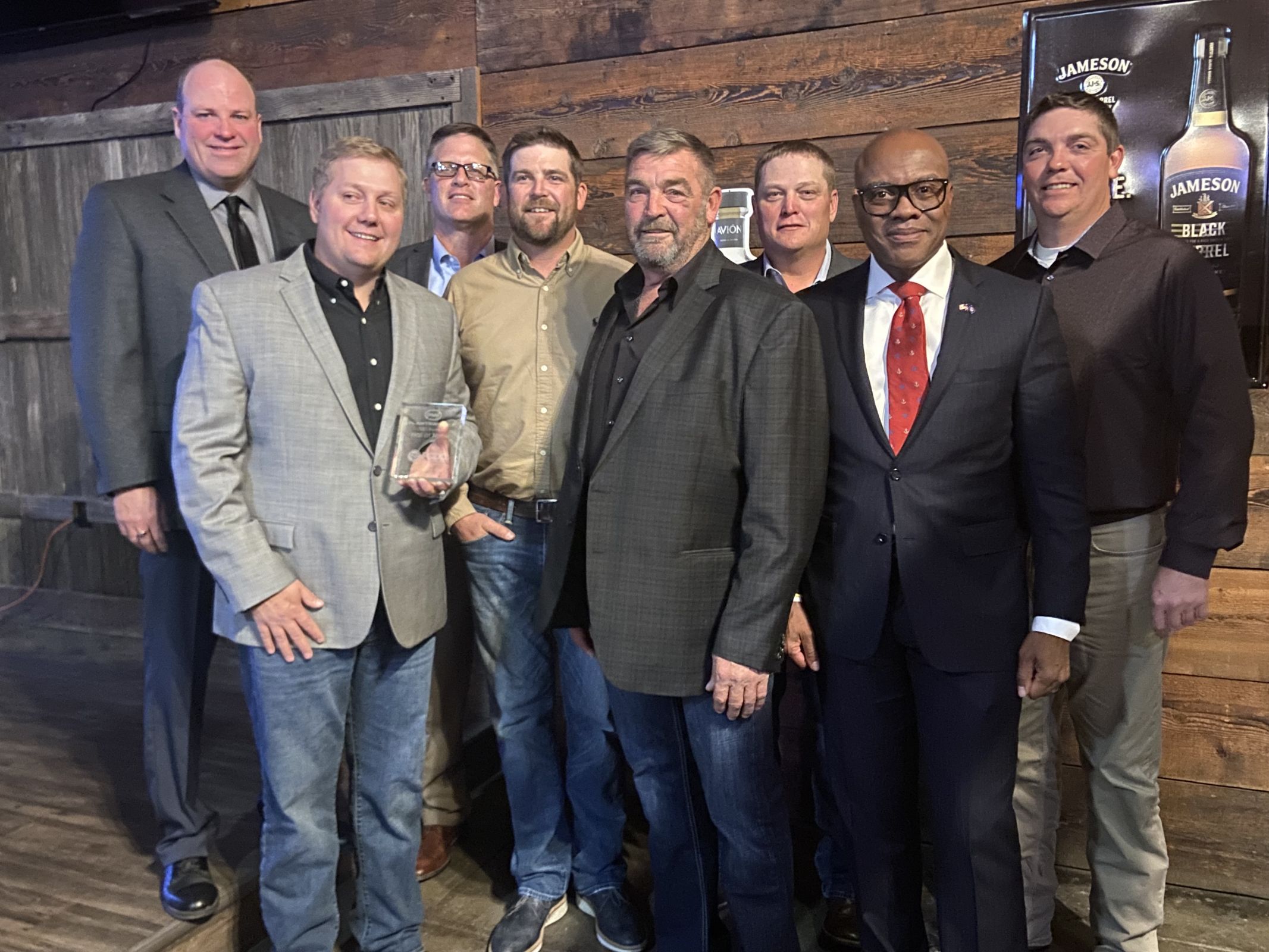 Goins has served as NDED’s director since 2019 and is determined to continue to strengthen Nebraska’s business climate and workforce.

Goins engaged the 134 people gathered at JB’s Sports Bar & Grill on Oct. 27 with his “game time” chant. When he asked the crowd what time it is, they were prompted to yell, “It’s Game Time.” He said workforce and business recruitment are similar to athlete recruitment. He once visited with former Nebraska Football Coach Tom Osborne about how he recruited five-star players from Texas and Florida to play football in Nebraska. Osborne said he sat down at their kitchen table and formed a relationship with them and earned their trust.

That’s the tactic Goins is now using to bring Nebraskans back home to fill jobs and to bring business to the state.

Goins said Nebraska already has some great strengths. It has the lowest unemployment rate of any state, the least amount of job losses during COVID and rebounded faster than any state in the country from the pandemic. The state currently has more than 57,000 job openings, and Goins is determined to help employers fill them.

His workforce development plan includes promoting internships and apprenticeships, retaining and upskilling current employees, employing veterans and recruiting employees from out of state.

Goins mentioned the Skill Bridge program for veterans, which allows companies to employ veterans for 180 days while they are still on the military payroll. He said between 1,000-1,500 veterans leave Offutt Air Force Base each year, which is a great opportunity for Nebraska employers to find talent. Already, more than 100 Nebraska businesses have gained employees through the Skill Bridge program.

He said employers will need to visit colleges and universities and recruit interns. He encouraged employers to hire graduates before their senior year of college to keep them engaged before they have a chance to leave the state.

When Goins started work at the DED, he said the marketing budget was near zero. He secured $10 million in COVID-relief funds to create the “Good Life is Calling” campaign. Nebraska-born actor Adam Devine is the voice-over in the inspiring video campaign.

One of the goals of the campaign is to reach Nebraska college graduates who have moved to other cities, mainly Minneapolis, Denver, Kansas City and Chicago to encourage them to move back to Nebraska. The marketing campaign includes television commercials in those areas and has resulted directly in some of the graduates moving back to Nebraska.

Goins said the campaign has had more than 150 million views and has thousands of daily website visits. It can be viewed at www.thegoodlifeiscalling.com. More information about the NDED and Nebraska job opportunities can be found at https://opportunity.nebraska.gov/.

Looking forward to the future, Goins said he has five main priorities to grow the state:

“At the end of the day, we all wear the same jersey,” Goins said.

Also at the banquet, president Phil Hinrichs honored rural Funk business Planter Worx as the business of the year.

In 2014, the Wohlgemuths designed a planter that could ride smoothly at high speeds and could move with the contours of the land. The new planter worked great for their farm and started getting attention from other farmers. Farmers across the nation began ordering planters made in Phelps County.

The criteria used to make the selection included: new products or services created, capital investments, facility construction or improvements, hiring of new people, community involvement, and impact on the community or a community need that was filled.

“Planter Worx checks all the boxes,” Hinrichs noted. “And the modern facility completed just east of Funk is a high-visibility reminder that Phelps County is growing and open for business.” 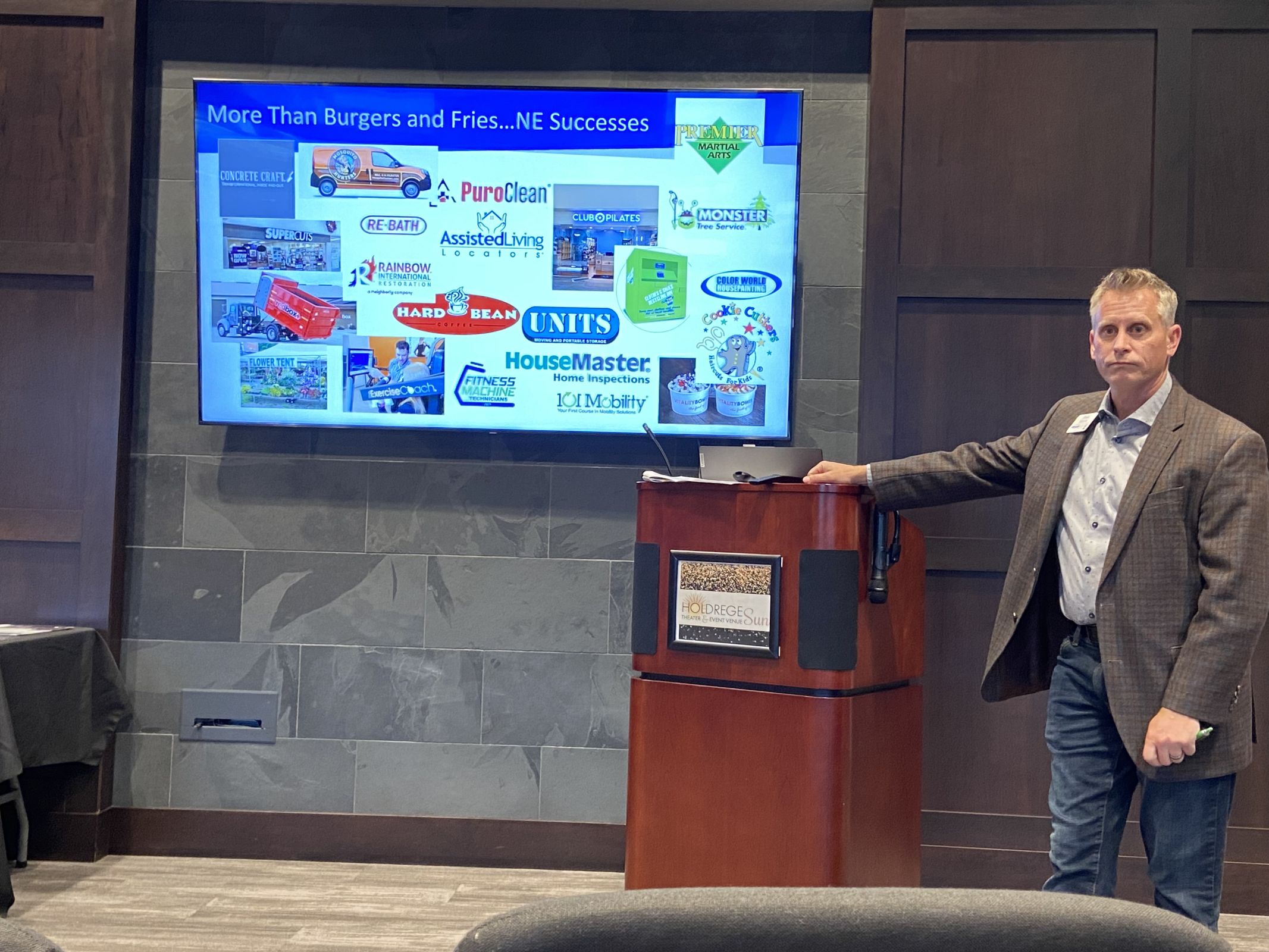 Be Your Own Boss and Help Your Community With Franchise Ownership

Nov 2 2022
Escape the corporate world. Be your own boss. Help fill a community gap in services or products. Create an opportunity to move back to Phelps County or help a younger generation move back with a new business. These are just a few of the benefits of franchise ownership presented at ...Continue Reading 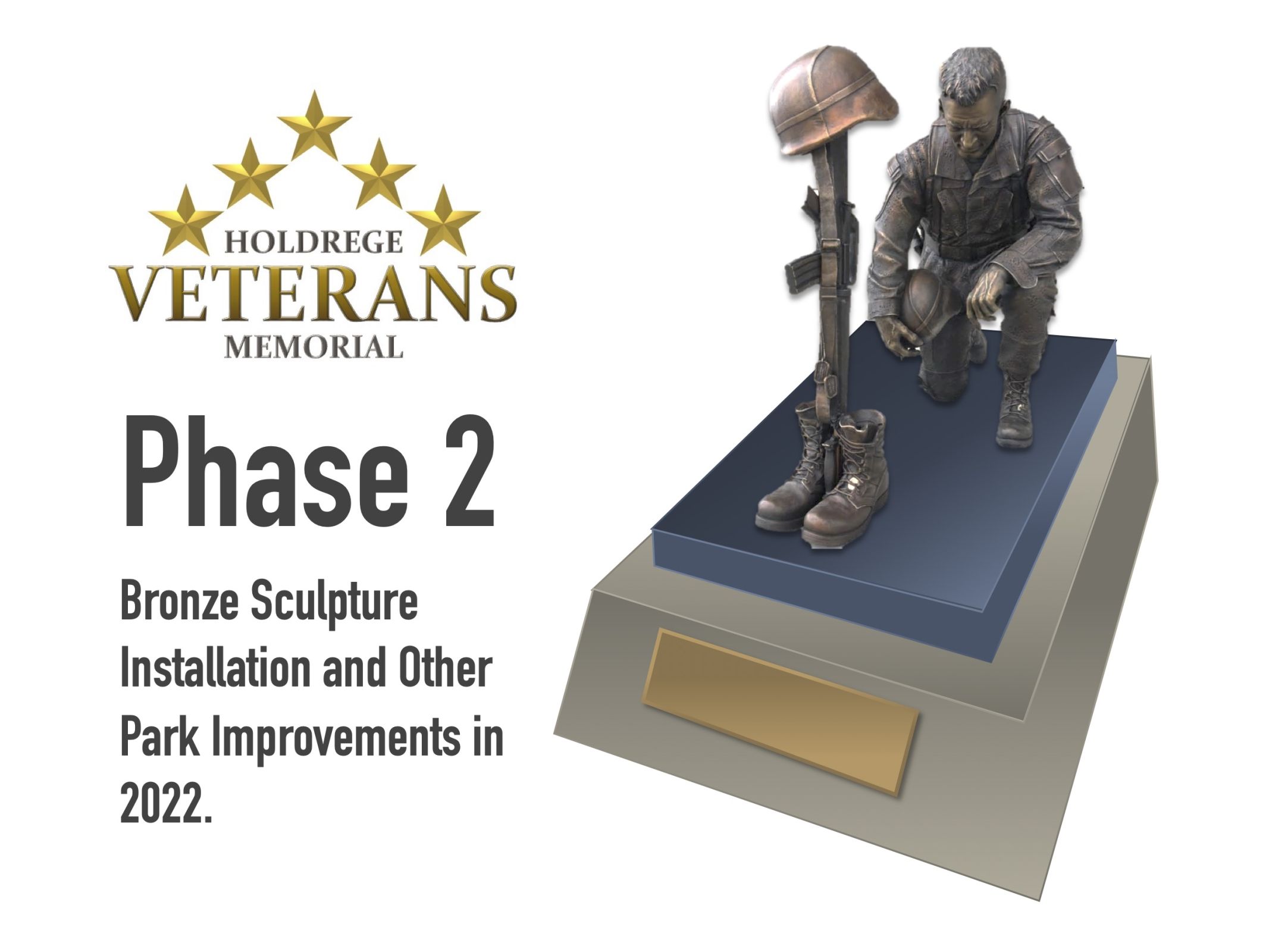 Oct 31 2022
A new bronze sculpture will be dedicated at a Veterans Day ceremony at Holdrege’s Veterans Memorial Park on Friday, November 11. The 10 a.m. ceremony will include recognition of George and Mark Lundeen, creators of the new sculpture. New granite benches and new veterans' names added to the monument in th...Continue Reading

Economic Impact and Importance of Social and Policy Issues

Oct 22 2022
The United States was founded on the idea that its elected officials are the voice of the people; however, dissatisfied with the polarized political divisiveness and the near gridlock in Congress, the people are looking towards other forms of representation — their employers. It has become increasingly common for employee...Continue Reading