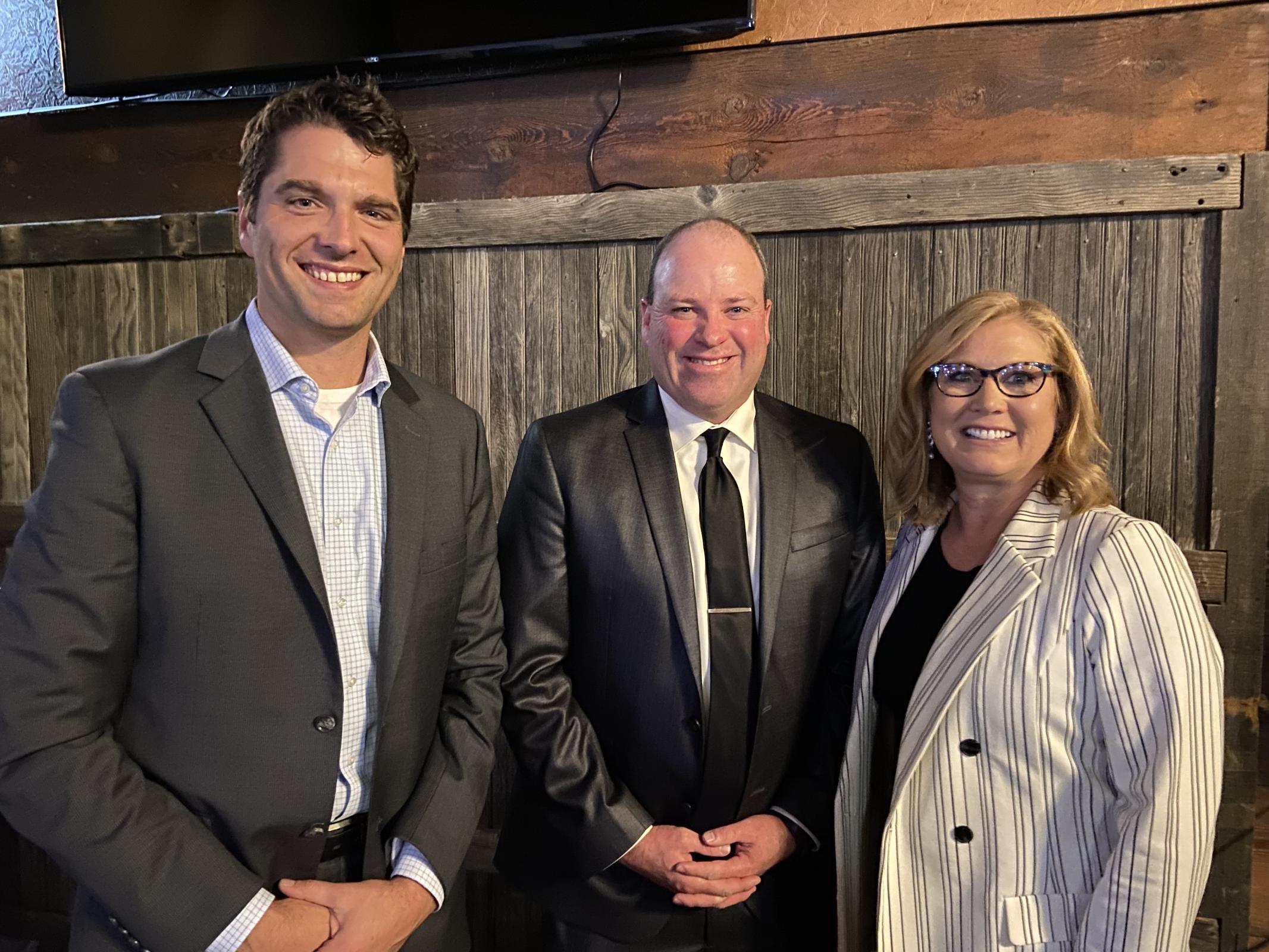 That was the message from keynote speakers at PCDC’s 2021 Hall of Fame Banquet at JB’s Sports Bar & Grill on Thursday, Oct. 28. Also at the event, PCDC inducted three new members into the Phelps County Business Hall of Fame: BD, Glion Electric Scooters and Roger Allmand. (Click here to read more about the Hall of Fame Honorees)

Among tables decorated with bountiful fall décor, PCDC Executive Director Ron Tillery opened by telling the 125 people in attendance that although our community has a lot to be proud of, residents will need to continue to adapt and have an eye on the future to continue to grow.

“We are fortunate to live in such a great place that has been shaped by the efforts of countless others before us,” Tillery said. “It’s our responsibility to build on that foundation so that Holdrege and Phelps County are among the winners in the future, not just survivors, but winners so that 50 years from now, people will look back on the efforts we made today the same way they do now about the efforts made by BD, Glion and the Allmand family.”

The theme for the evening was “For the Love of This Place” and focused on creating engaged citizens who will do great things for the place they love.

Jen McKeone, executive director of the Cozad Area Development Corporation, talked about community placemaking, which is creating a place at the table for everyone. If everyone feels like they can participate and have a voice, it creates a stronger community, she said.

“Places with the highest level of emotional engagement correspondingly have the highest level of economic vitality,” McKeone said.” “If we get these new voices, and we really listen to what they are talking about, then what it can lead to is community engagement, which then again brings talent, which keeps our residents, which brings investor confidence and it helps bring our community closer to our economic development goal.”

McKeone gave an example of Nashville, Tennessee, which is attracting 100 new residents per day. The city doesn’t have all of the housing and job solutions figured out, but people are still moving there because of the welcoming and trendy atmosphere.

“Where talent can go any place in the world, they are going to go to a place that provides emotional attachment,” she said.

Even something as simple as having live music at McDonald’s in the morning creates an emotional attachment to a place, she said.

She said Nebraska cities can replicate some of that emotional attachment.

“According to surveys, what young people want is a town that’s innovative and progressive and that connects people to each other,” she said. “They don’t say ‘I want shovel-ready sites.’ That’s what they expect, but we need to give them what they want.”

McKeone said residents want towns that are inclusive and where they can make a difference. They want to see new life in old buildings and connect to art and craftsmanship. They also don’t want to be isolated from art and culture. They want live entertainment.

Traditionally economic development has not focused on creating community attachment, McKeone said. But citing the book “For the Love of Cities,” by Peter Kageyama, creating emotional attachment is necessary to grow. She said having cool buildings and events and creating “selfie” moments are a few ways to create emotional attachment.

“When we create that emotional attachment, we start to build investor confidence,” she said. “Cities that have emotionally connected citizens will see those same citizens do extraordinary things for their cities.”

McKeone introduced the second keynote speaker Dave Rippe, who served as the director of the Nebraska Department of Economic Development and is now operating his own business, Queen City Development in Hastings.

Rippe opened by sharing three things he loves about Holdrege: the Silver Run, the brick streets downtown and the locally-owned hospital.

“This is a great Swedish community, way better than Stromsburg,” he joked.

Rippe talked about the importance of recognizing and developing the talent that already exists in a community to create engaged citizens.

He shared statistics about how Nebraska is one of the top “brain drain” states each year. Each year about 2,000 students educated in Nebraska high schools and colleges leave to live and work in other states. He estimates Nebraska loses a half-billion dollars in educational costs annually when those 2,000 students leave.

Without those students moving back to small towns and staying in Nebraska, population loss can cause higher school, county and city taxes as populations decline and there are fewer people to share the costs.

“It matters from a financial standpoint,” he said. “It matters when your friends move and when your kids don’t move back.”

He said in any given city, only about 1 percent of the population gets involved in volunteering, fundraising and making things happen in the community. He said just expanding that number a little bit will help retain or grow the population. Residents will leave if their talents are never recognized or enabled.

Dave also works with Hastings College’s Scott Scholars program, which gives college students a first-hand look at the job opportunities and the benefits of living in Nebraska. It shows them how they can be difference makers and philanthropists in their home state.

He said the Scott Scholars program could be modeled with high school and citizen leadership programs in any town in Nebraska.

He challenged attendees to figure out how to intentionally develop talent in Phelps County.

“There’s so much opportunity here, but it’s not just going to happen on its own,” he said.

PCDC gifted all banquet attendees with a copy of Peter Kageyama’s book “For the Love of Cities” and a gift bag with coupons from area retailers. 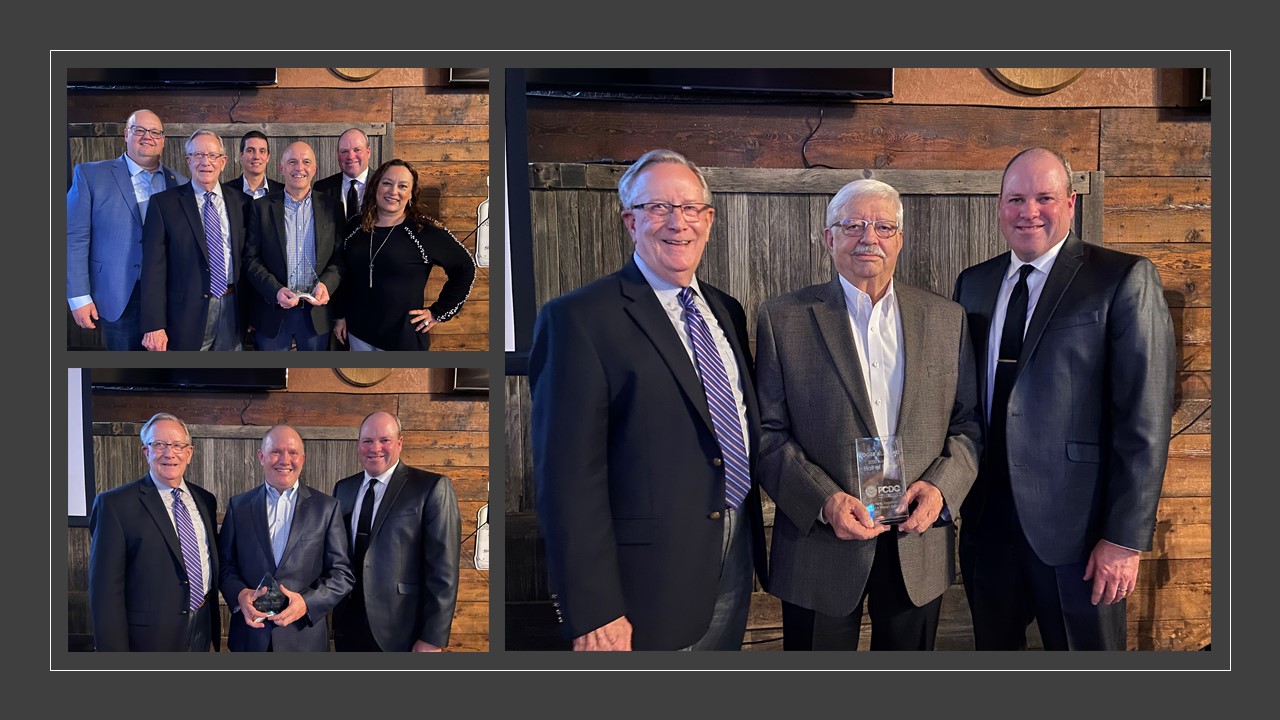 Nov 17 2021
PCDC inducted three new members into the Phelps County Hall of Fame at its HOF Celebration Banquet on Thursday, October 28, at JB’s Sports Bar & Grill. Becton-Dickinson, Glion Electric Scooters and Roger Allmand are the latest inductees into the Hall of Fame, which celebrates the risk-takers, the change-makers and th...Continue Reading 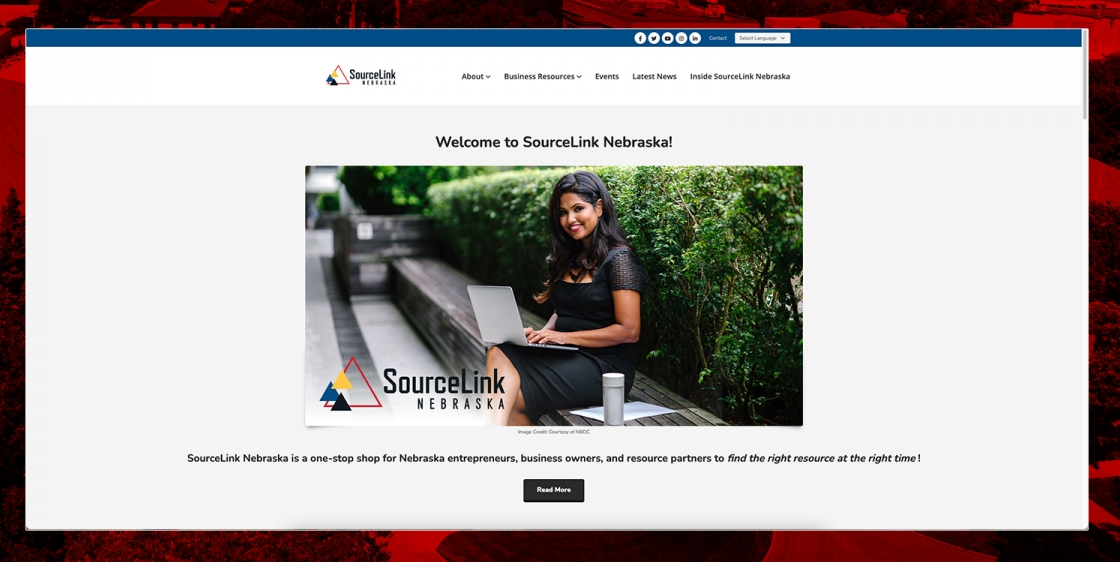 Nov 15 2021
Rural Prosperity Nebraska, a division of the University of Nebraska–Lincoln’s Institute of Agriculture and Natural Resources, has partnered with the Nebraska Business Development Center at the University of Nebraska–Omaha to launch SourceLink Nebraska on Nov. 16. At launch, the online platform will offer over 870 resources from approximately 500 organization...Continue Reading

Nov 9 2021
Holdrege, NEB — The fall colors continue to be impressive across the state. We took the NTV Skywatch drone to Holdrege. We visited Veterans Memorial Park on the south end of town in what used to be called South Park. Molly Baker was the drone camera operator for these flights. Read full article.Continue Reading