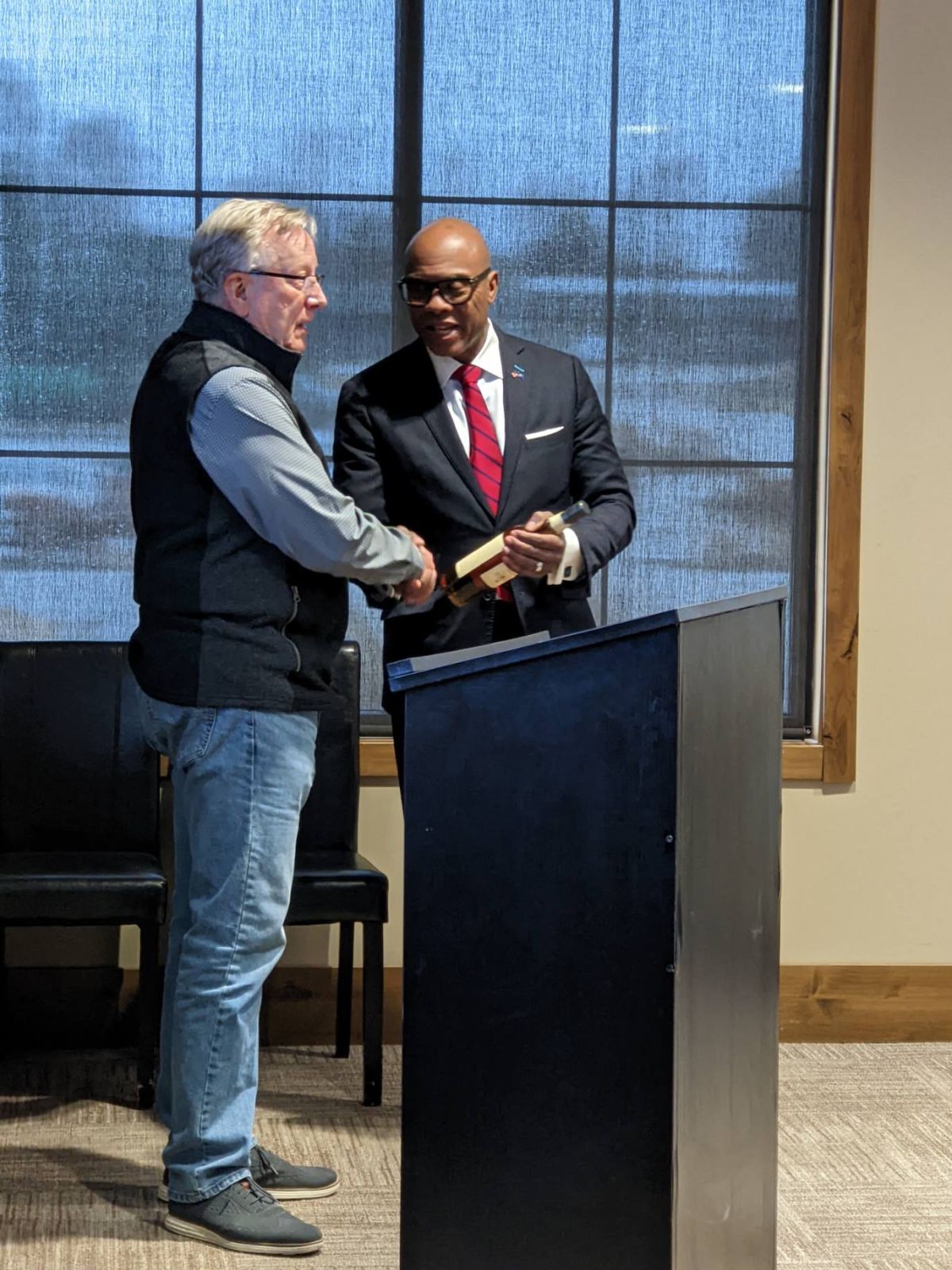 A recent board retreat allowed the Phelps County Development Corporation’s board of directors to learn from other community’s successes and to generate new ideas to help grow the county.

PCDC board members traveled to northeast Nebraska to Fremont’s Costco/Lincoln Premium Poultry Plant and to Wayne, where they met at the beautiful Beaumont Event Center and learned what a similar-sized Nebraska city is doing to boost its economy.

Ten board members, PCDC staff and a few other community representatives attended the retreat on April 7-8.

PCDC Executive Director Ron Tillery said the overarching theme of the two-day retreat was that those in economic development work can’t let adversity stop them. They heard from the team who worked to bring the Costco Premium Poultry plant to Fremont and how they overcame naysayers to bring the project to fruition.

“If you believe in the project, you can’t let adversity stop you,” Tillery said.

PCDC Board Member Shane Westcott said the former Fremont mayor’s presentation on recruiting Lincoln Premium Poultry/Costco was a highlight of the retreat for him.

“The time and effort that they put into the process were truly phenomenal,” Westcott said.

Getzschman’s presentation reiterated that “economic development is not for the faint of heart,” Westcott said. “The odds are that there will always be some pushback on a proposed project. If the project is the best for the "collective good" of the people, do your best to see it through and always be proactive and honest in responding to criticism.”

Longtime PCDC Board Member Tim Rehm said even though they were not able to tour the Lincoln Premium Poultry facility due to the bird flu, the stop was still a highlight for him.

“I thought the team of presenters, including the former mayor of Fremont, did a great job of presenting how they all worked as a team to bring this big project together in the face of considerable public opposition,” Rehm said. “But since the project has been finished, most think it is a great thing for the greater Fremont area.”

PCDC Board President Phil Hinrichs said he also was impressed with the process Fremont went through to secure the Costco project and with the positive economic impact the project has had on that area.

“He gave a great tour of their community and discussed their successes and upcoming initiatives,” Hinrichs said. “There are a lot of similarities between Holdrege and Wayne, and I believe we can benefit from some collaboration with their community.”

Hinrichs said he enjoyed hearing about the experiences of Fremont and Wayne and the efforts they have gone through to progress their economies.

“It truly requires the efforts of the entire community,” he said.

Rehm said his favorite speaker at the retreat was Norfolk Mayor Josh Moenning.

“I thought he showed great vision and leadership as he worked to move his community forward,” Rehm said. “I remember former Holdrege mayor Jim VanMarter telling me that every good mayor should have a project or projects that he would campaign during his term as mayor. He/she really doesn't have much power on the council but should be a consensus builder on the council and in the community.”

Norfolk’s mayor is actively involved in economic development and is championing a downtown river restoration project that will eventually have an outdoor music venue and whitewater park.

Rehm said we all realize that Phelps County is doing great work.

“But there are many other counties and communities doing great things, too, and these are the communities we compete against for economic development projects,” Rehm said. “I once again am reminded how important it is to have everyone in your county on the same page including PCDC, the City Council, and the County Board.”

Those who attended the retreat also heard from Nebraska DED Director Tony Goins, who introduced them to the “The Good Life is Calling,” a new statewide branding campaign. The campaign launched in Minneapolis, Denver, Kansas City, Chicago and other markets including Silicon Valley and Austin. The target audiences are opportunity-seekers, remote workers and roots returners.

The campaign has already garnered more than 200 million impressions, more than 50 million video views and thousands of daily website visitors. The campaign is designed to showcase opportunities in Nebraska for work, business, recreation and living.

To find out more about the campaign, visit thegoodlifeiscalling.com or opportunity.nebraska.gov. 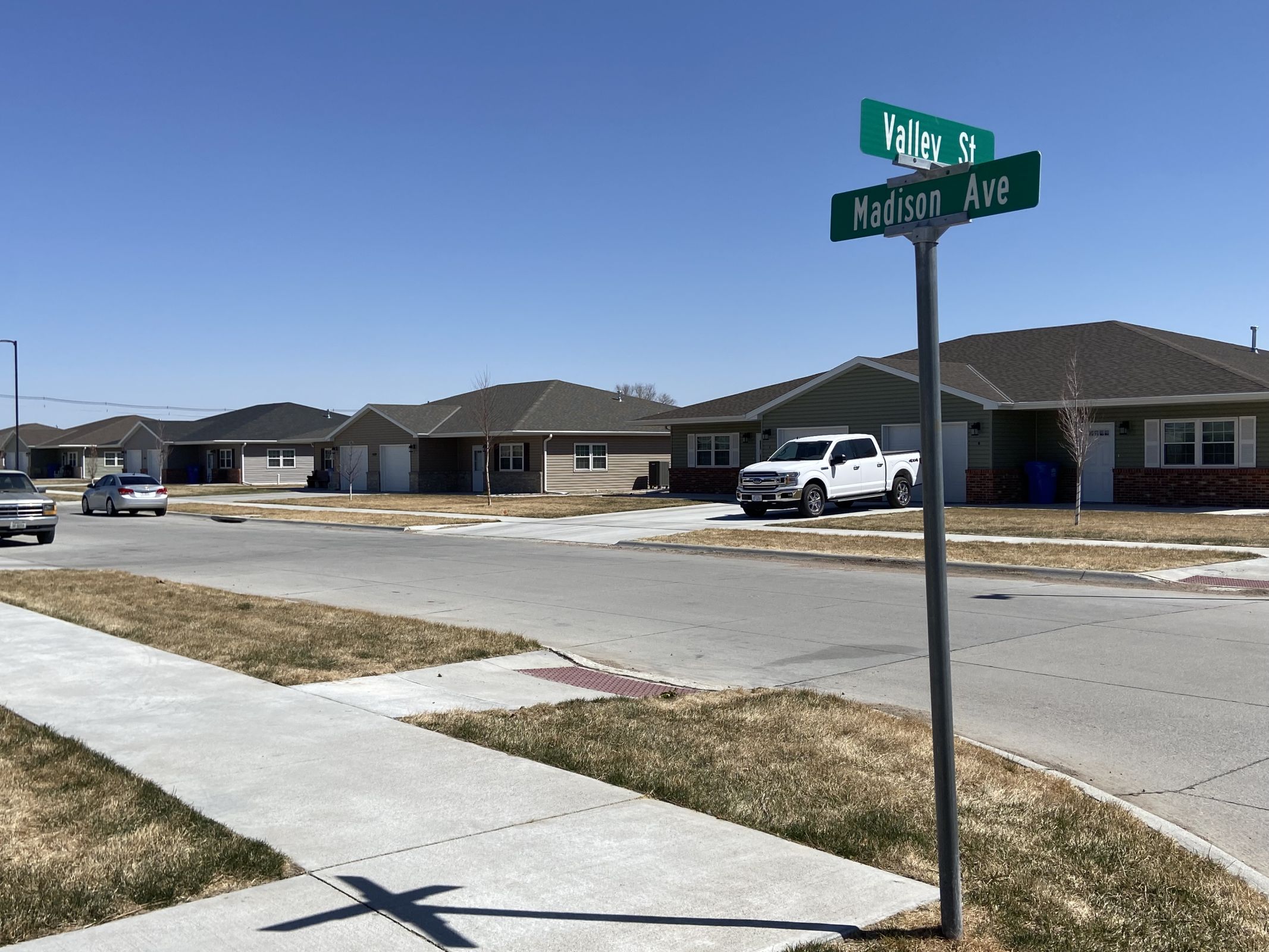 Apr 27 2022
Phelps County needs more housing. The continued tight-housing supply in Holdrege is prompting PCDC to formulate new strategies to create housing and attract developers to the area. For the past six months, just a few dozen or fewer homes are on the market in the county each week. Phelps County has commissioned a...Continue Reading 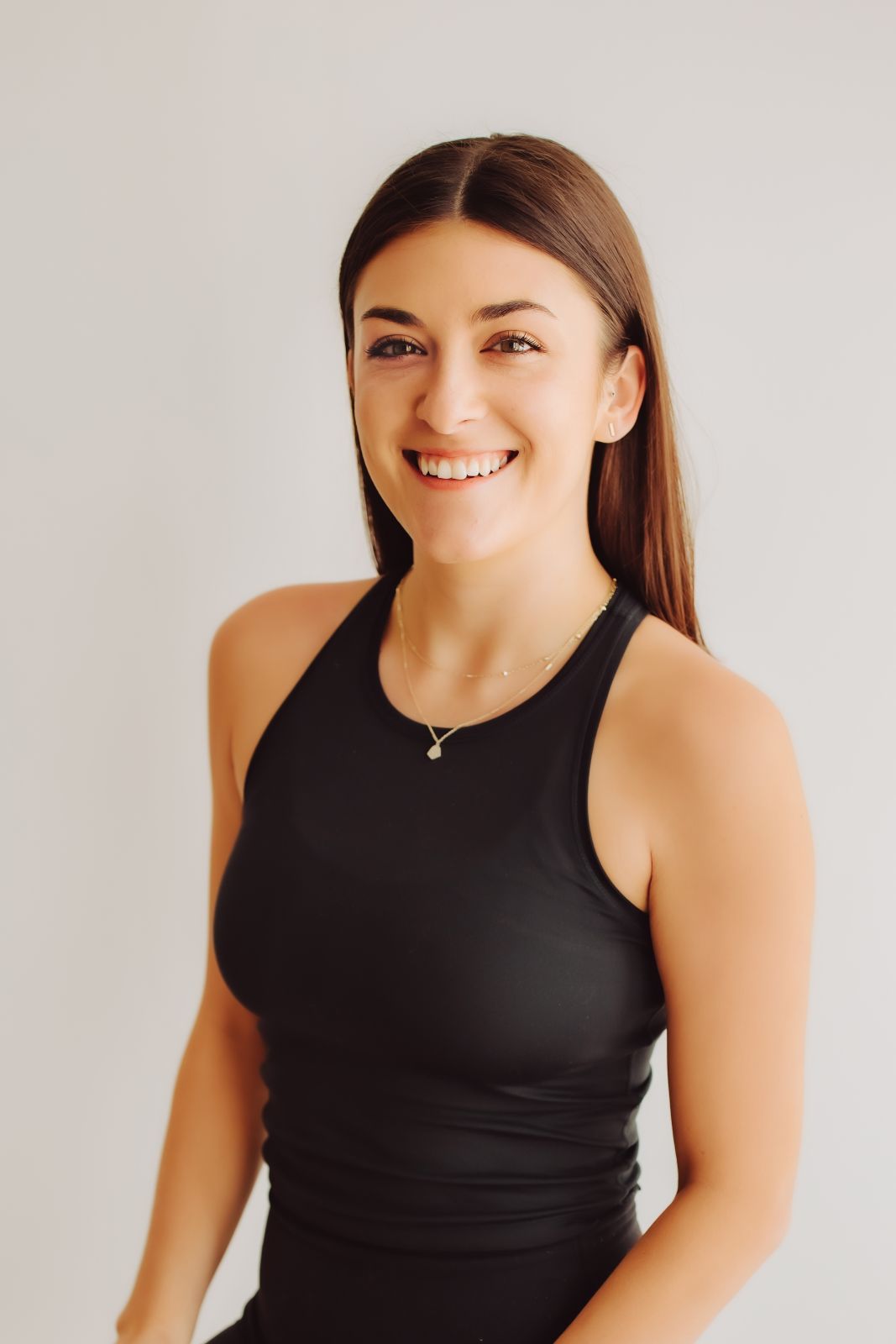 Apr 27 2022
The pandemic created a chance opportunity for Wood River native Mady Thelen to purchase a local dance studio and become a small-town entrepreneur. Mady graduated from Wood River High School nine years ago and then earned a bachelor’s degree in dance (with a minor in agricultural entrepreneurship) from the University o...Continue Reading

Apr 12 2022
A bill that would offer financial help to struggling small businesses has advanced through the second round in the Nebraska legislature. LB 598 from Lincoln Senator Anna Wishart would organize an existing pandemic relief program within the state Department of Economic Development under the Businesses Innovation Act, and make it availabl...Continue Reading