Despite a pandemic and the loss of Shopko last summer, local sales and tax revenues are holding steady for the year and are actually higher for the month of May compared to last year.

“Good news is always welcome, especially during the trying times we've been navigating this year,” PCDC Executive Director Ron Tillery said. “May retail sales numbers in Phelps County and Holdrege are very strong considering the headwinds our businesses have been facing.”

Meanwhile, Buffalo County experienced a 7.8 percent decline in sales compared to May of 2019.

“It appears that rural residents are shopping closer to home rather than making trips to larger regional centers like Kearney,” Tillery said.

Because of this trend, Phelps County sales have over-performed PCDC’s expectations from early in the pandemic.

When the pandemic hit in March and April, PCDC stepped up to help retailers that were negatively impacted with the Magic Multiplier Gift Card Grant. However, some retailers saw increased sales during that time.

“We have anecdotal evidence that sales at local stores spiked during the early days of the pandemic, especially those stores that delivered essential items,” Tillery said. “Home improvement oriented stores performed at a very high level. Although the early spikes have waned somewhat, there is still strong patronage at local brick and mortar stores.”

Payton Shultz, assistant manager at Oscheln Farm & Home, said the early days of the pandemic were “chaotic” at the farm, garden and apparel store.

“Everyone was rushing in to get stuff before things shut down,” he said.

Orcheln’s never closed during the pandemic, and sales of bottled water and gardening supplies like mulch and soil were brisk in March.

Shultz said overall sales were up slightly at Orscheln’s this spring compared to last spring, and traffic has now returned to normal.

For the year to date through May, local sales numbers are nearly identical to 2019. And, that’s good news, too, considering Shopko closed in June 2019. So far in 2020, Phelps County has been able to retain the same level of sales despite the pandemic and losing that major retailer.

While PCDC continues to work with the owners of the former Shopko building to identify potential new retailers to fill that space, Tillery said many consumers have found what they need to buy at other area retailers, such as Dollar General, Family Dollar, Orscheln Farm & Home and Ace Hardware.

“We're encouraged by the market's resiliency and applaud the small business owners that have been dealing with the uncertainty around the COVID pandemic,” Tillery said. “Hats off to the consumers who are shopping at local retailers.”

Tillery said that some of the out-of-town shopping habits that have been interrupted could now be changed for the long term.

“However, it’s also possible that over the coming months that as COVID-19 wanes, that people will revert to their former practices,” he said. “We have an opportunity in front of us to recapture business that previously was driving elsewhere.” 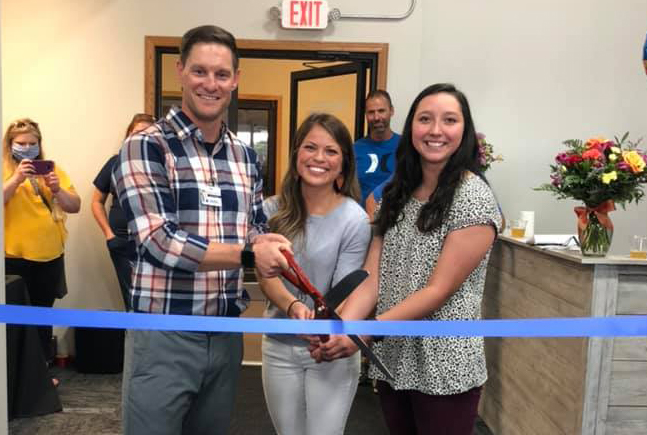