Phelps County is in an unusual position. It is located atop a specific part of the High Plains, or Ogallala, Aquifer frequently referred to as "The Mound." While other areas of the aquifer are depleting, the groundwater reserves in Phelps and two contiguous counties (Gosper and Kearney) are improving.

Why is that? The Central Nebraska Public Power & Irrigation District manages a complex system of dams, lakes, canals, and laterals that transport water from the mountains of Colorado and Wyoming half-way across Nebraska to Phelps County farmers. This system recharges the groundwater.

Two illustrations follow. The first is of the entire High Plains Aquifer while the latter is Central's irrigation system, highlighting the location of "The Mound." 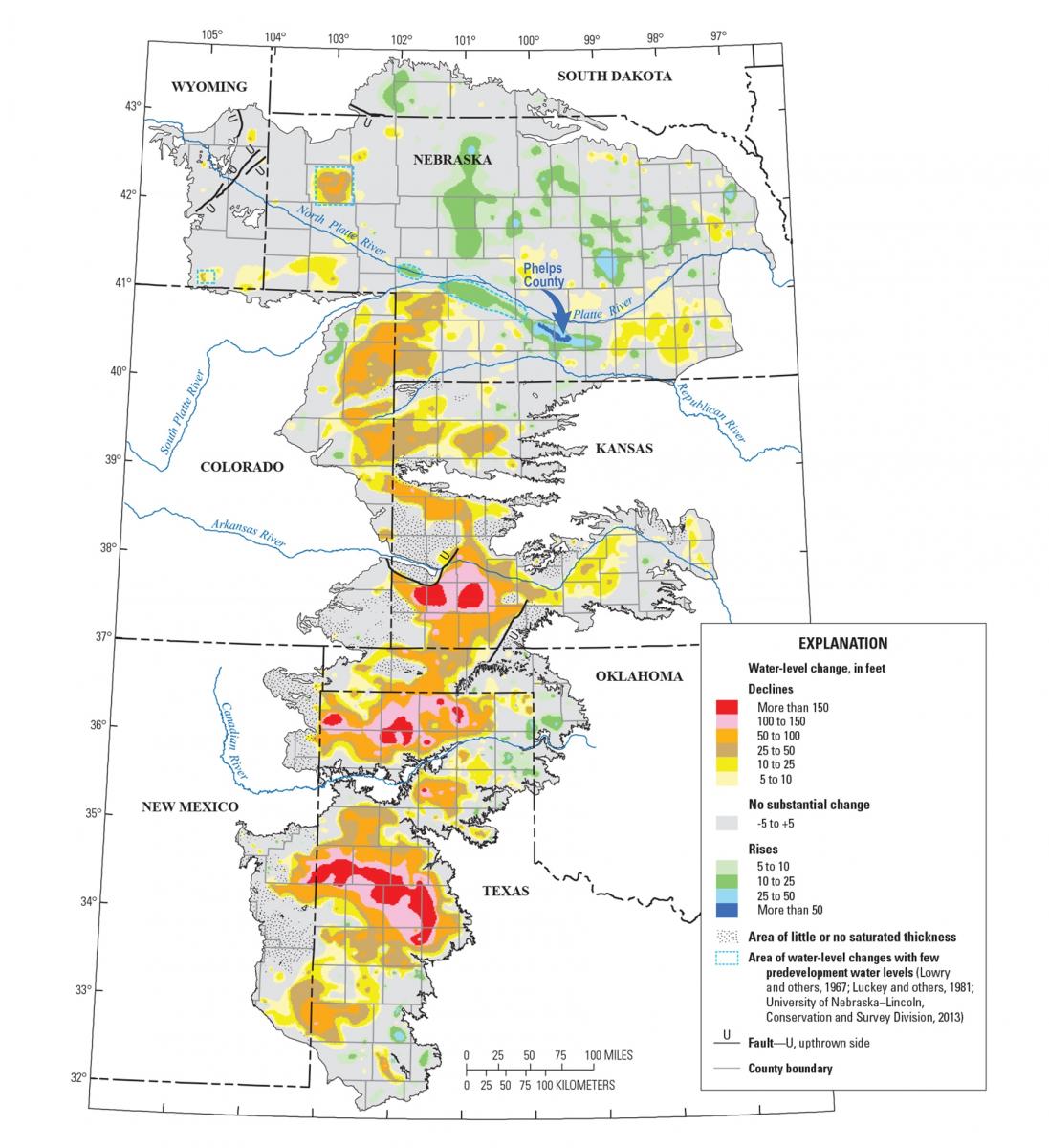 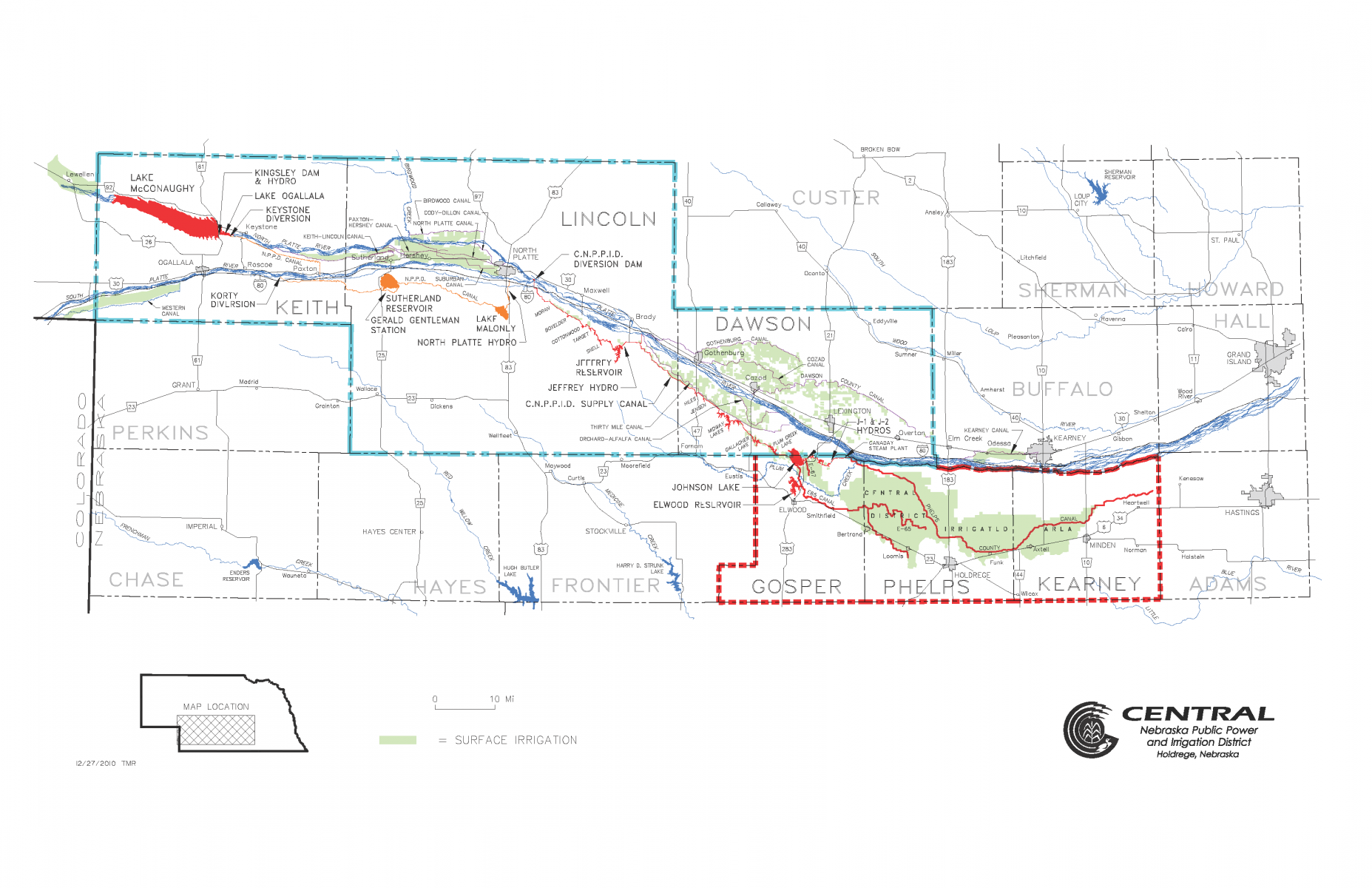